A roundup of our members’ achievements. 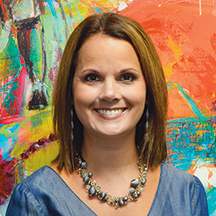 After 17 years dedicated to building the woman-owned, family-run PMR Companies in Louisville, Kentucky, alongside CEO Deborah Charlton, CPM, April Charlton Leonardo, CPM, has been promoted by PMR from chief operating officer to the role of president. The move was made as part of a larger strategic succession plan for the company, which oversees assets in multiple Midwestern states. Leonardo held the COO position since 2008, and as president, she’ll have a more direct hand in the decisions that affect PMR business practices, in full support of the company’s philosophy, “Managing Properties is our Business, Building Relationships is Our Goal.”
Barbara Montes, CPM 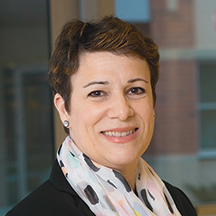 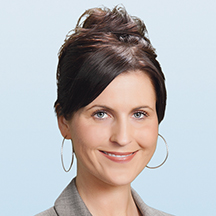 Colliers International | Las Vegas, AMO, moved Angelina Scarcelli, CPM, CCIM, up in its ranks with a promotion to director of operations for real estate management services. In this role, she’ll facilitate property management, building operations and maintenance and lead administration and financial reporting activities. Although Angelina has been with the firm since 2013, most recently as senior portfolio manager, she’s been contributing to the Las Vegas commercial real estate industry for 19 years. “Angelina continues to provide excellent service to our clients. I am proud to have [her] on our team,” said Mike Mixer, executive managing director of Colliers International | Las Vegas.
Afton Trail, CPM 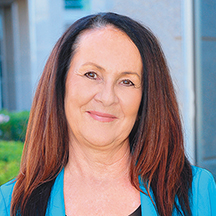 Lincoln Property Company (LPC), AMO, recently brought industry veteran Afton Trail, CPM, on board as director of property management for the Desert West region. In addition to directing the region’s portfolio of almost 10 million square feet, she is also charged with identifying and pursuing opportunities to grow the LPC brand in the Desert West region states of Arizona, Nevada, Utah and New Mexico. “I’m thrilled to join such a prestigious team and to represent such notable projects,” said Trail. “The fact that our portfolio is made up of not only Lincoln-owned assets but also a significant book of third-party management assignments gives us a lot of opportunity to solve complex business needs and drive new business as we continue to uphold Lincoln’s focus on quality and customer service.”
Rick Zack, CPM, ARM, ACoM 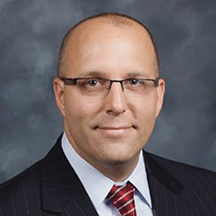 Rick Zack, CPM, ARM, ACoM, has joined Avison Young as its new director of real estate management services. He brings over 20 years of experience to his new role, which will call on him to oversee business development for the firm’s asset and property management business throughout New Jersey. He’ll also spearhead the growth of its real estate development asset services on behalf of institutional owners and local investors. “Rick is a highly respected professional and industry leader who aligns perfectly with our collaborative culture,” says Jeffrey L. Heller, principal and managing director of Avison Young’s New Jersey operations. “His years of property management and business development skills will support our growth initiatives as we continue to expand our property management service offerings across the region.”

Remembering our IREM members who passed in 2021

Chapter milestones: In it for the long run